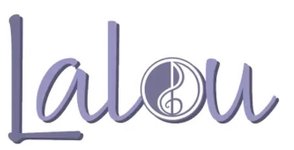 ABOUT "LOVE CONQUERS ALL" 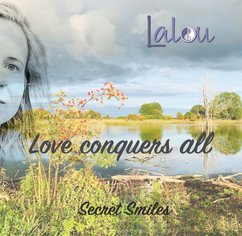 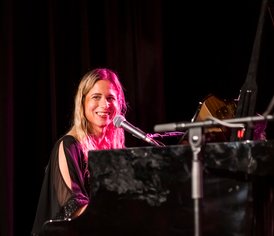 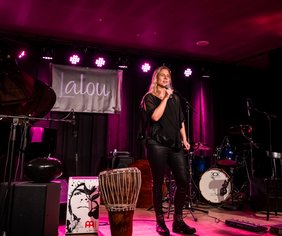 I was born in the very North of Germany close to the sea and nature. Ever since I was a child,

I have been fascinated by creating things.

I started creating music and "playing" the piano, as soon as I learned to walk :-)

Piano playing became a hobby for me and I began to receive lessons, when I was about 9 years old.

Singing and performing started even earlier. I joined different choirs and became a solo-singer by the age of 7.

As a youngster I joined a couple of small bands and choirs, and as an adult I began studying music at the university of Flensburg with the goal to become a music teacher.

Later I studied speech and languange (logopedics) and took private singing lessons with different vocal coaches. I began recording some solo-projects and took more intense courses and seminars in singing and wrote more music through the years.

I began working as a singing teacher in 2018 and now I am employed at a music school, where I offer private singing lessons and coaching sessions in songwriting.

I play concerts solo or together with my band and sometimes I am hired for small private events. You can find my musician profiles on

gixter.live and uncover music where you can book me.

Besides my musical creations I also draw and paint and enjoy creating handcrafts by materials from the sea and the beaches. I live in Denmark, close to the sea, and get much of my inspiration from nature and my journeys to the Canary Islands.